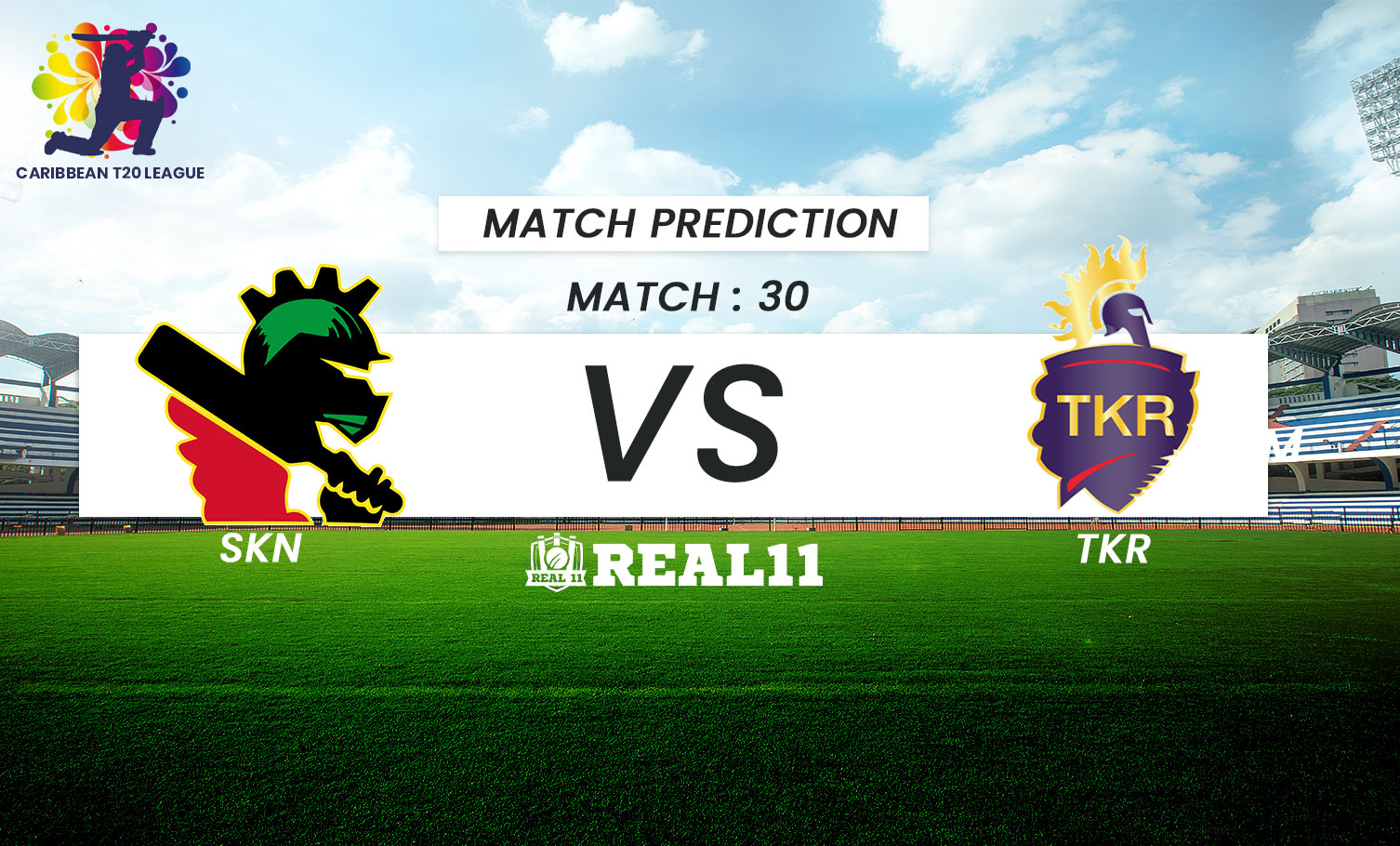 The match no.30 of The Caribbean T20 League 2021 will see SKN taking on TKR at Warner Park Stadium on September 13. SKN ended their three-match losing streak after beating TKR in the last match. SKN have become the first team to qualify for the playoffs. They have moved to the top of the table once again.

Current Caribbean T20 League champions TKR will be disappointed with their performance. The Knight Riders had won three consecutive games prior to this defeat, turning things around after a topsy-turvy start. TKR sit at 2nd position just behind SKN on the points table. With the top two sides taking each other on, this should be a cracking contest and a fitting end to the league stages of The Caribbean T20 League 2021.

The wicket has gone flat and dry as games have progressed. Batting second should be the preferred option as dew is most likely to play a part in the second half of the game. Bowlers will have to work hard to get a favorable result.

SKN come into this game with confidence from a big win. However, TKR have been in good form off-late and will be a tough opponent to beat. TKR have been more consistent in the last few games, giving them a slight edge. We predict a TKR win, taking them on to the top of the points table.

What are your thoughts on this blog? Let us know in the comments below. Also, don't forget to download our official app for the best experience in the realm of fantasy cricket