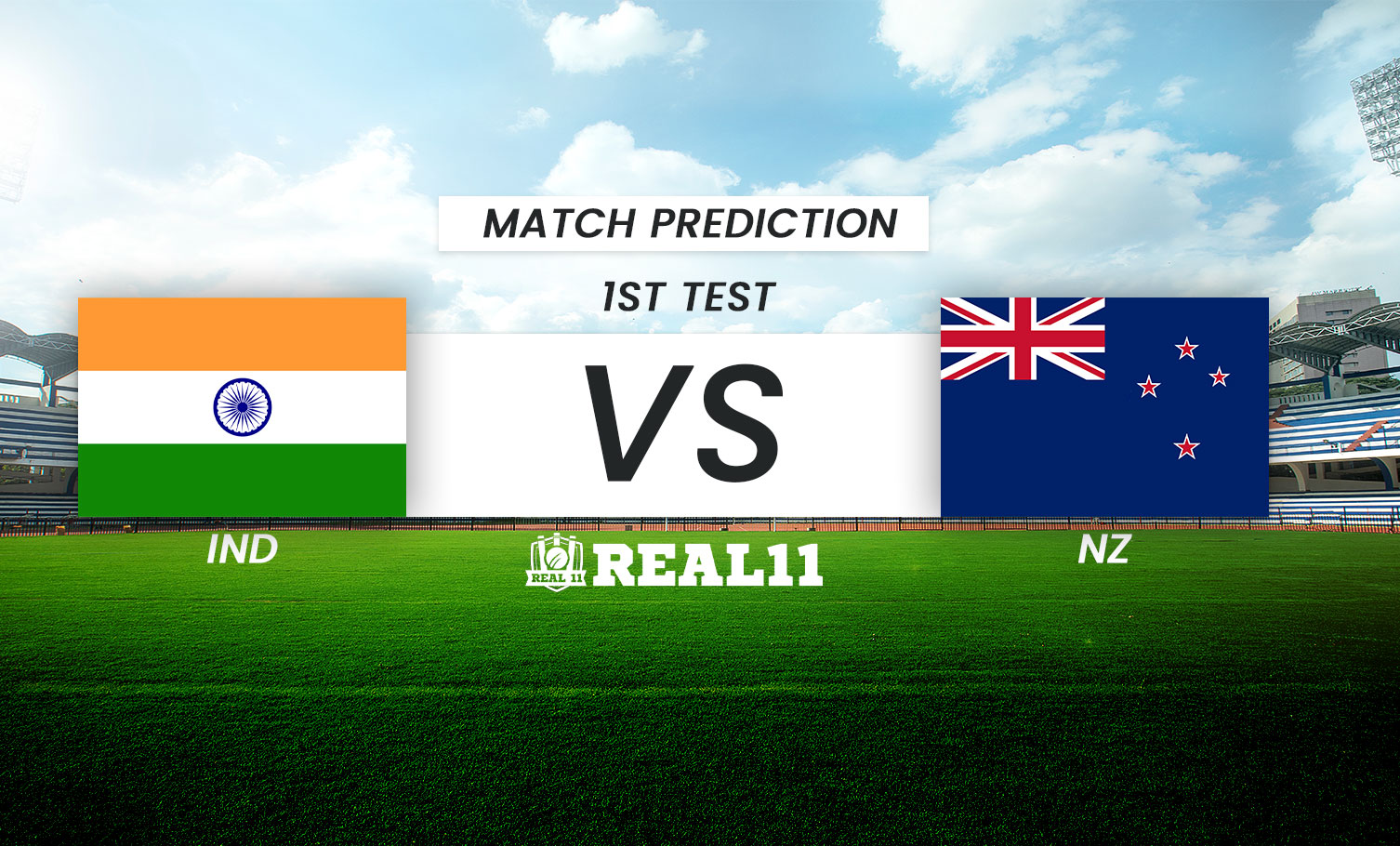 It’s the ultimate revenge time for team India as they are all set to take on New Zealand in the first test of the series at Kanpur. After beating India in the finals of the World Test Series, this is the first time that these two sides will lock horns in red ball cricket. Not just India, the Kiwis also have bills to settle. After losing to India 3-0 in the recently concluded T20I series, the Kiwis will be fired up and more importantly try to prove why they are the best team in the world when it comes to test cricket.

Ajinkya Rahane will be leading the side and on Wednesday, the standby captain confirmed that Shreyas Iyer is all set to make his debut in red ball cricket and with that the team looks very balanced. Also, the interesting angle that’s present here is that if India manages to beat New Zealand 2-0, they will go top of the charts and will be the number one test team in the world and regain the test mace. The spinners will once again be important for team India as they are the ones who win games just like that when it comes to test cricket in subcontinent nations. Along with Ashwin and Jadeja, one of Axar and Jayant is set to play. Since New Zealand has a lot of left handed batsmen, Jayant Yadav is a very tempting option but team India may go with Axar, who’s in terrific form and was tremendous against England in the early part of the summer. Thus, the Indian team looks very balanced and even without the likes of so many first team cricketers; they should win the match and then the series in comfortable fashion. The series will also be a very important one for Ajinkya Rahane whose average is just 25 in the last 15 matches.

New Zealand on the other hand will try to prove that beating India in the finals of the World Test Series wasn’t a fluke. They got really good spinners in the form of Ajaz Patel and Mitchell Santner who can put India in a lot of trouble. Yes, Patel doesn't have that experience but the boy got some great potential. The Indian top order is very shaky when the ball moves and thus things won’t be easy for them against Wagner and Southee either. With Kane Williamson back into the team, expect him to dominate just like Joe Root did in the first couple of matches when England came to India. Overall expect a very good series and hopefully it won’t be a one sided one this time as the Kiwis got a very good balanced side.

The pitch curator on Wednesday said that the pitch will help the batters. However, no matter what, Indian spinners will find their way and will dominate. The Kiwi spinners possess a lot of quality as well. 400+ in the first innings will be ideal.

Like the T20I series, India should dominate the red ball cricket as well. Kane Williamson will be a big threat to this team. Even if they don’t win it comfortably, a win is very much expected even when Rohit Sharma, Virat Kohli, Rishabh Pant, Mohammed Shami, Jasprit Bumrah and Hanuma Vihari are missing from the squad. It really talks about the depth of the team when it comes to red ball cricket.